Kirsty McKenzie (B. 1982 Toronto, Canada) is an interdisciplinary artist, and costume designer. She graduated with a BFA in Fashion from the Rhode Island School of Design (RISD) in 2005. She prolifically creates paintings, drawings, mixed media collages, costumes, interiors, performance, sound, and video installations, as well as her own universe in which she dwells. Her work is mostly figurative, and often depicts portraits of colourful characters with prominent queer and feminist themes; who defy sexual and gender stereotypes, and transcend traditional notions of beauty. Her art explores societal attitudes toward women and the oppression and objectification they endure, with strong themes of obsession, mental health, and substance abuse. Kirsty infuses these topics with humour and a child-like exuberance; with simplification and distortion of forms, and a brazen use of colour.

In 2013, she faced her substance abuse and addictions that had overshadowed her life for 17 years, began her powerful, transformative journey of recovery. What began as an avid sketchbook practice, soon exploded into a full-blown art addiction. In 2014 she passionately redirected her focus from fashion & costumes to visual art, and rediscovered herself as an artist. Her work is often autobiographical, and her series “Warning Signs” delves into her drug addiction, recovery, and co-occurring bipolar disorder. These works focus on the anxiety, paranoia, frenzied obsession, and mood swings that come with the detrimental relationship of chemical dependency. The surreal sculptures and mixed media collages are dark yet whimsical and witty; some depicting the “third eye”, and how that is often blocked while in addiction. The 6th chakra or “third eye” featured prominently in her work, after experiencing a spiritual awakening in recovery, and becoming more in tune with this concept through her avid Kundalini and meditation practice.

Kirsty has shown her work internationally, in numerous group and solo exhibitions in London, Margate, UK and Toronto, Canada. She has appeared on BBC One, and in i-D, to name a few, and some of her clients include The Guardian, and Teen Vogue. Kirsty has worked for designers threeASFOUR and Zandra Rhodes, and created costumes for musicians such as Gabby LaLa, Les Claypool’s Fancy Band, Bishi, Saidah Baba Talibah, Ina unt Ina, Alesha Dixon, and more. She has also worked on many feature films, and musicals such as Priscilla Queen Of The Desert and CATS. She refers to herself a Jill of all trades, and just like a cat she’s lived many lives, but not quite yet nine. She currently “lives her art” in her magical maximalist studio home in East London.

Her spirit animal is a leopard. 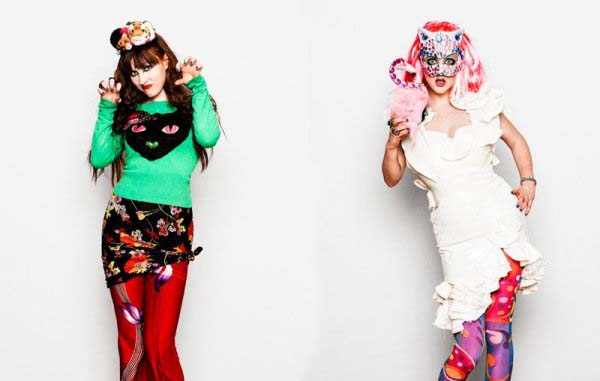